Overview: The iShares by BlackRock Mexico ETF (EWW) provides broad vanilla exposure to Mexican stock market with a minor tilt to small-cap and is managed by BlackRock that has a total AUM of $6.28T. EWW is an exchange-traded fund incorporated in the USA in March 2011. EWW provides vanilla exposure to the Mexican stock market. Since the Mexican market is very regulatory heavy, EWW has to reconfigure market cap weightings slightly compared to the benchmark to stay Regulated Investment Company (RIC) compliant. This reweighting tilts the fund towards smaller companies and leads to minor sector tilts. About the Fund Manager: Founded in 1988, Blackrock is the largest asset manager in the world managing $6.28T. BlackRock operates globally with 70 offices in 30 countries and clients in 100 countries. Due to its power and the sheer size and scope of its financial assets and activities, BlackRock has been called the world's largest shadow bank. Sector: MCHI has invested in Consumer Non-Cyclical (27%), Telecommunications (16%) Financials (14%), Basic Materials (13%) and Industrials (11%). Geography: EWW has invested in Mexico (88%), United States (10%), Spain (2%) and Australia (1%). Investment Strategy: The ETF seeks to track the investment results of an index composed of a broad range of companies in Mexico. Recommended for: Growth The the fund aligns with the benchmark well. EWW has no technology, energy or utilities stocks, as the companies in these sectors are privately owned or run by the Mexican government. According to ETFdb.com, "EWW is a nice option for investors who want to load up on Mexico but be aware the fund could experience high levels of volatility." Additional Information: 1. Fund Factsheet 2. The Best Mexico ETF? (EWW, SMK, AMX) 3. EWW, Mexico Wins the ETF War How did we identify this ETF: A complete pool of 2100+ ETFs is screened on various qualitative and quantitative parameters to evaluate efficiency, tradability and fit. The metrics used were alpha, beta and R - squared with respect to the segment benchmark and ETF specific metrics such as expense ratio, drawdown, volatility and the overall rating. We evaluate all ETFs and assign a composite score based on our analysis and then select the top ones in a category based on that comprehensive score by the inhouse research / quant analysts team. EWW???s massive asset base underpins its strong liquidity - offering cheap and easy access to investors. Its expense ratio is lower than most single-country emerging market funds, and tracking data often shows true holding costs as less than the fee. The strategy is rebalanced on a quarterly basis with the rebalancing mechanism being determined by an algorithm that takes into account the overall performance of the strategy so far. 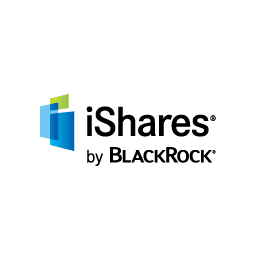 SIP
Onetime
Investment ofper month
gives returns of :
at 0.60% / annum
$in 10 years
amount
for a time period of
time1Y3Y5Y10Y

Returnsbased on historic SIP returns of 0.60% per annum

iShares MSCI Mexico Capped ETF intends to achieve the objective seeks to provide investment results that correspond to the performance of the MSCI Mexico IMI 25/50 Index.